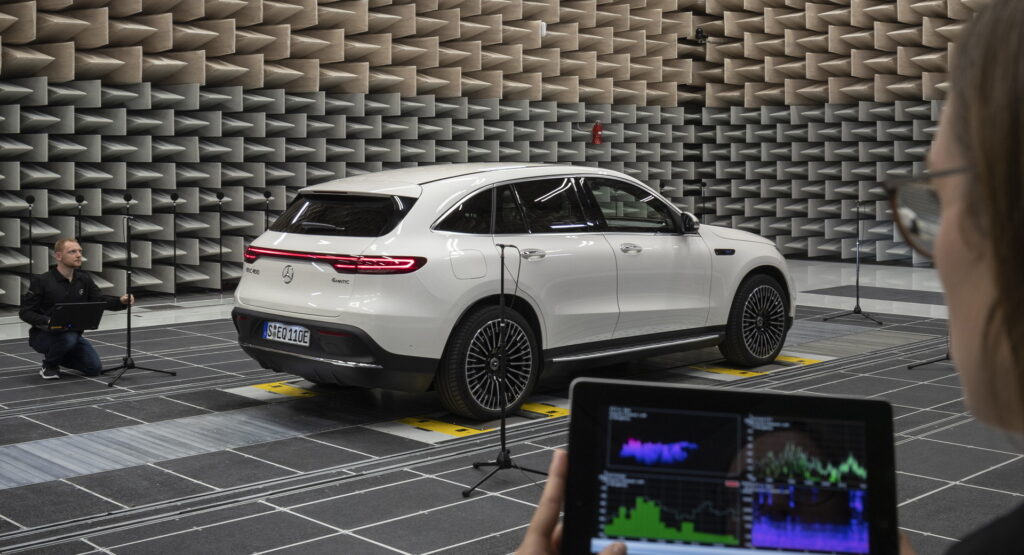 One of the criticisms that’s often leveled against EVs is that they lack the emotional depth of an internal combustion engine’s soundtrack. Electric motors are nearly silent in comparison to engines, but what some see as a fault can also be seen as an opportunity.

Automakers are already working on creating abstract but evocative sounds that convey the sensation of speed in a way that replicates the rising revolutions of an internal combustion engine’s power band. Mercedes, for instance, has created several soundscapes and in Vivid Flux and Sport Mode, the EQS sounds a bit like a pod racer from the Star Wars universe.

But beauty is in the ear of the beholder, and abstract sounds won’t appeal to everyone. Some traditionalists and late adopters may, instead, wonder why fix what ain’t broke? Just because there isn’t an engine’s thundering explosions under the hood doesn’t mean that the sound an engine made can’t still be useful in the electric era.

Some companies, like Everrati, have decided to embrace engine sound despite there being no engine. For its electric GT40 project, the brand added speakers capable of pumping out 110 decibels (about the same amount as a rock concert) of synthetic V8 noise for all to hear, not just the driver.

Every coin has two sides, though, and what some see as a strength of engines, others may see as a weakness. Rolls-Royce, for instance, thinks that electric motors will be the perfect propulsion method for its vehicles precisely because they make little to no sound.

“Henry Royce began his working life as an electrical engineer and dedicated much of his career to creating internal combustion engines that simulated the characteristics of an electric car – silent running, instant torque and the sensation of one endless gear,” the company recently wrote in a press release.

But what do you think? What should an EV sound like? Is there an example out there of a propulsion sound that is particularly appealing to you? Should we even bother with all of that or focus on silent luxury instead? Sound off in the comments.