What Was The Owner Of This Ram Pickup Truck Thinking?

There are a lot of ways that you can modify and customize a full-size pickup truck.

Many truck owners like to equip their vehicles with off-road-focused wheels and tires while others like to add striking LED light bars, winches, tow hooks, and underbody protection. The owner of this particular Ram has opted to equip their truck with most of the above, as well as some other ‘unique’ touches.

Details about this Ram are limited, other than the fact that a single image of it was recently shared to Reddit. It has extraordinarily polarizing looks and whereas it would have once looked like quite a nice truck, it now looks like a cheap life-size Hot Wheels car.

Read Also: Why Would Anyone Ruin A Mercedes-Benz E400 Coupe Like This?

Perhaps inspired by the controversial design of the Tesla Cybertruck, the owner of the Ram has bathed the exterior in tinfoil and/or reflective silver tape, covering ever single painted surface. A number of areas also now feature black tape, including around the headlights, front grille, and fog lights.

Speaking of the front grille, it too has been changed for one with a large ‘X-Metal’ badge. A small bull bar and LED light bar are also visible.

The modifications continue along the sides with aftermarket wheels and mud-terrain tires. A set of flared wheel arches have also been fitted, as have a set of tacky side steps. The wing mirrors even have small Batman logos on them.

We don’t have any images of the truck’s rear end but can see that it has been equipped with a sports bar and what appears to be a rear wing, better suited to a Honda Civic from the early 2000s than a full-size pickup like this. 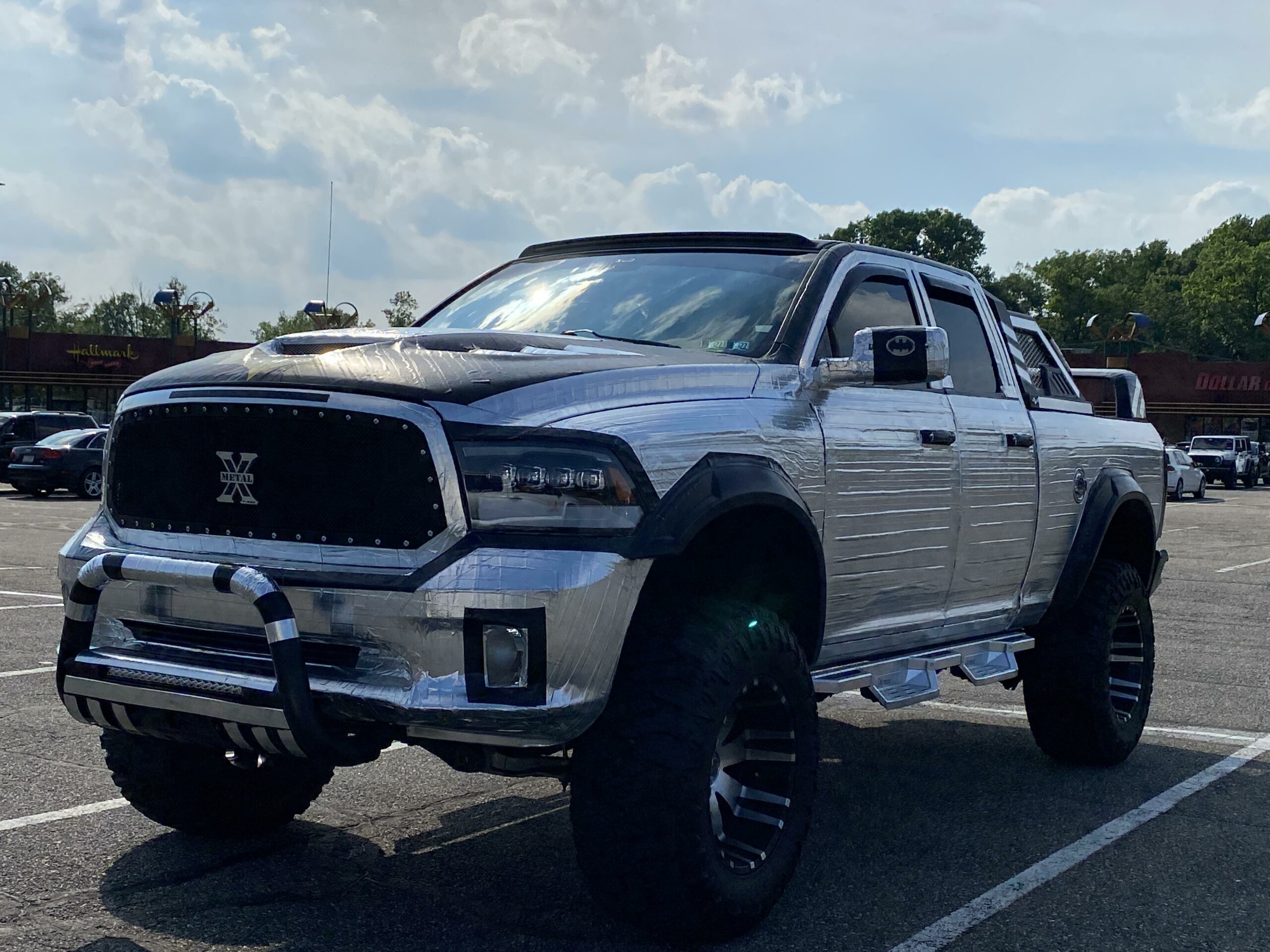