Alfa Romeo will take a five-minute break from churning out new SUVs in early 2023 to wow fans with a brand new sports car designed to show us it hasn’t forgotten how to do sexy. That’s according to reports claiming a concept revealed early next year could lead to a full-blown production two-seater as soon as 2025.

The Tonale SUV already tips a hat to the so-ugly-its-beautiful SZ in its headlight treatment, and CEO Jean Philippe Imparato has mentioned the Franco Scaglione-designed 1967 33 Stradale as a potential source of inspiration for the hinted-at 2023 sports/supercar concept. But what other classic styling details would you love to see get their dues? Here’s a look at some of Alfa’s past masters to get you started. 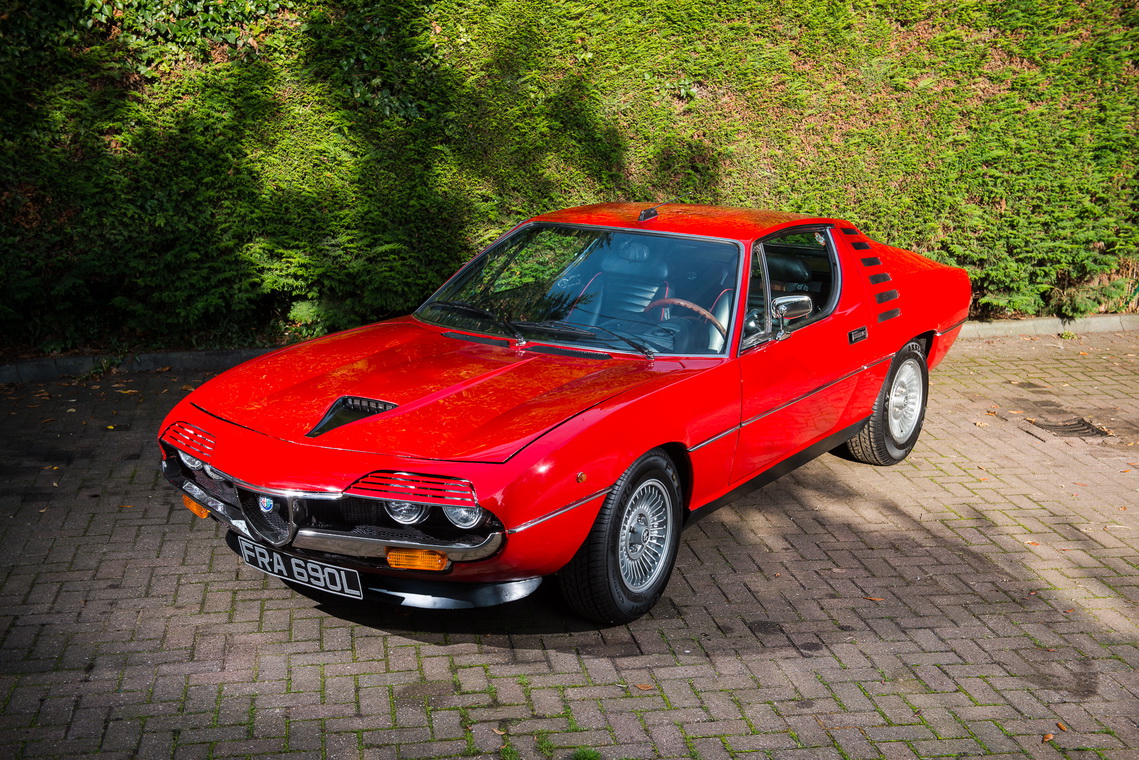 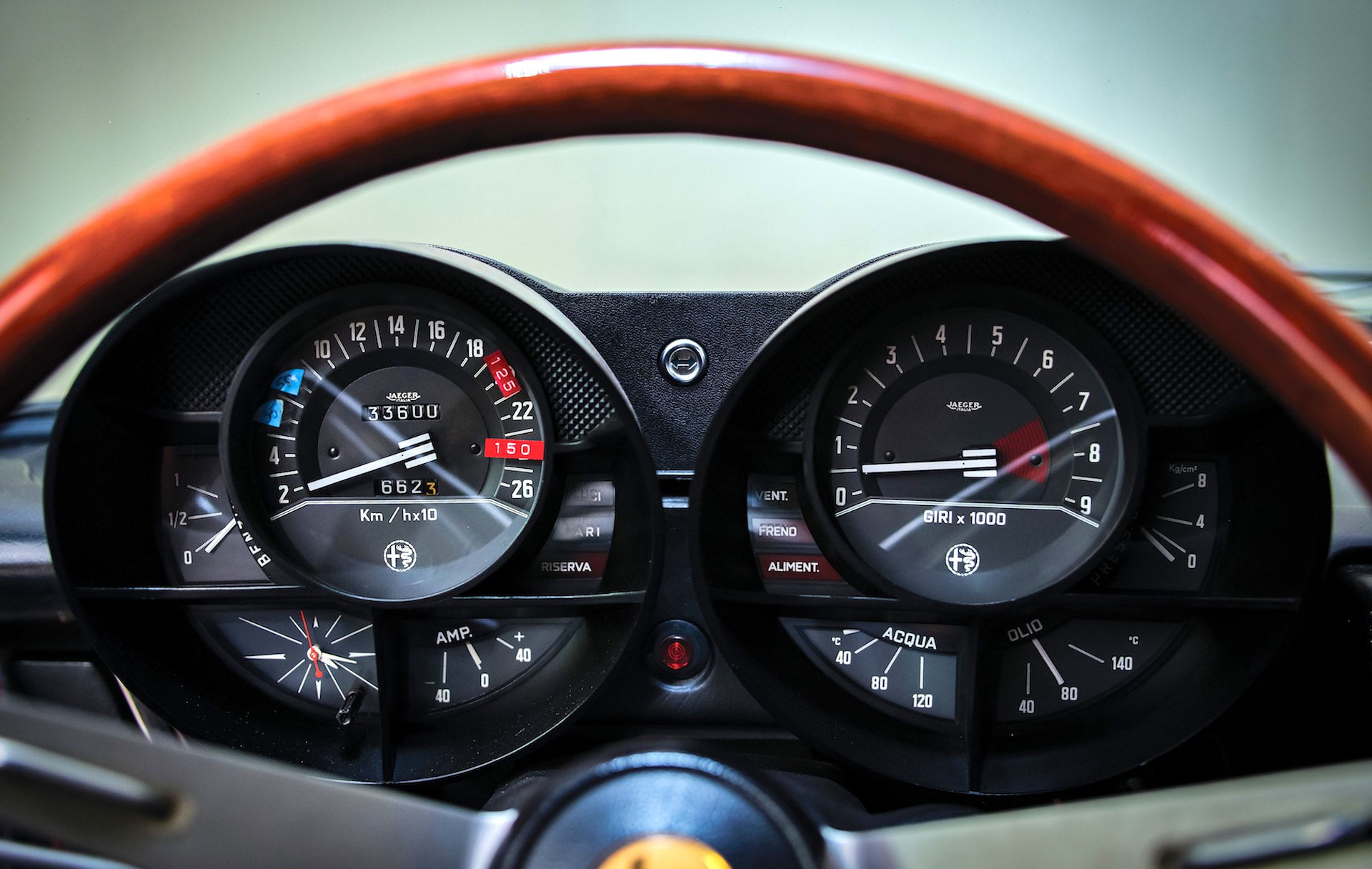 The Montreal is dripping with cool details that are crying out to be repurposed on new Alfas, including the slatted headlight brows, segmented B-pillar cut-outs (previously used on the 1964 Cangura concept), giant NACA duct on the hood, and crazy instrument cluster. But let’s leave the awkward rear wheel arch shape, trail-ready ride height and abysmal unreliability in the past. 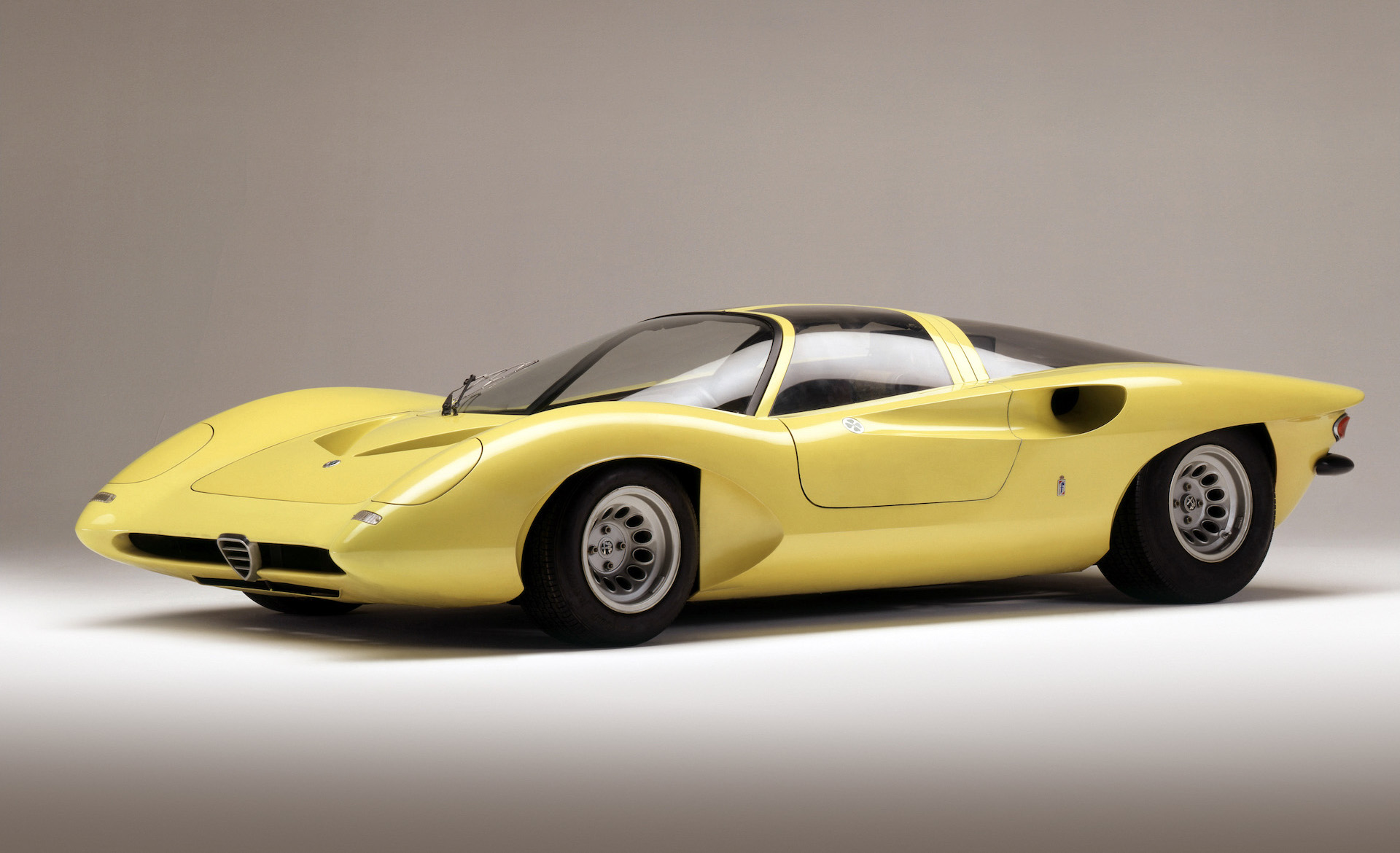 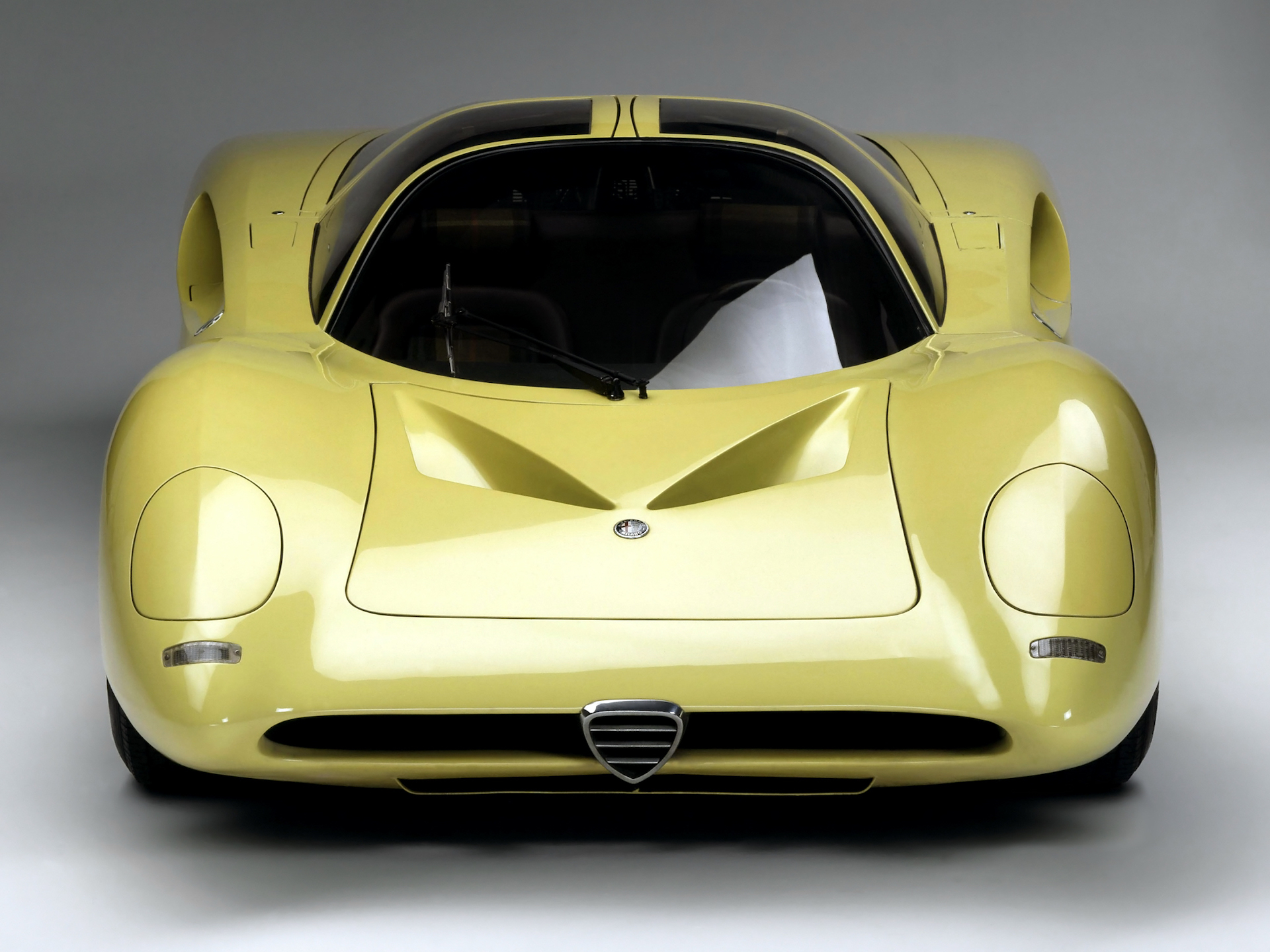 It’s fortunate that the ’69 Prototipo didn’t make full-scale production because the idea of riding out a Rome traffic jam in July under that canopy with no air conditioning doesn’t bear thinking about. But with climate control and modern dimmable glass it would absolutely work today. 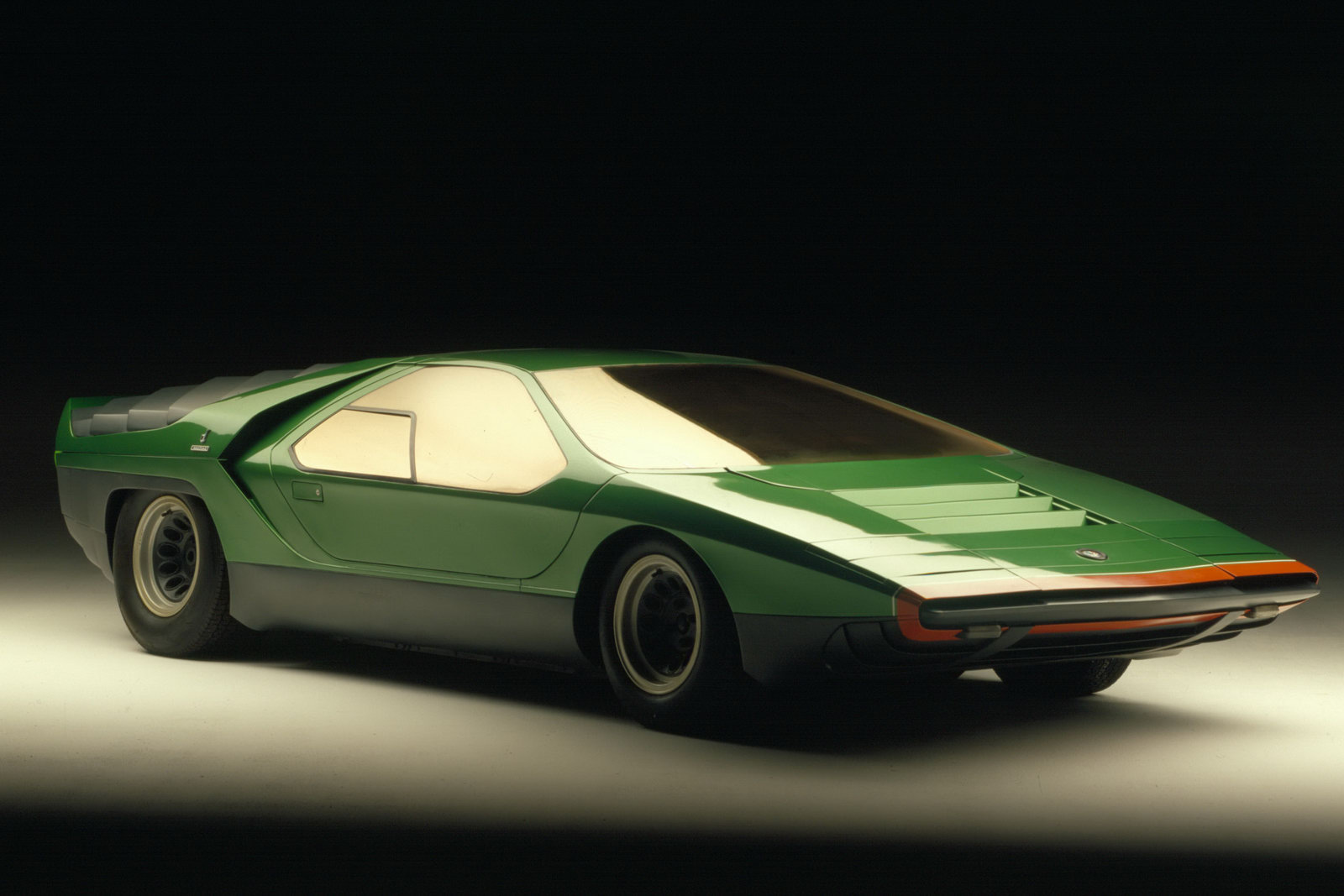 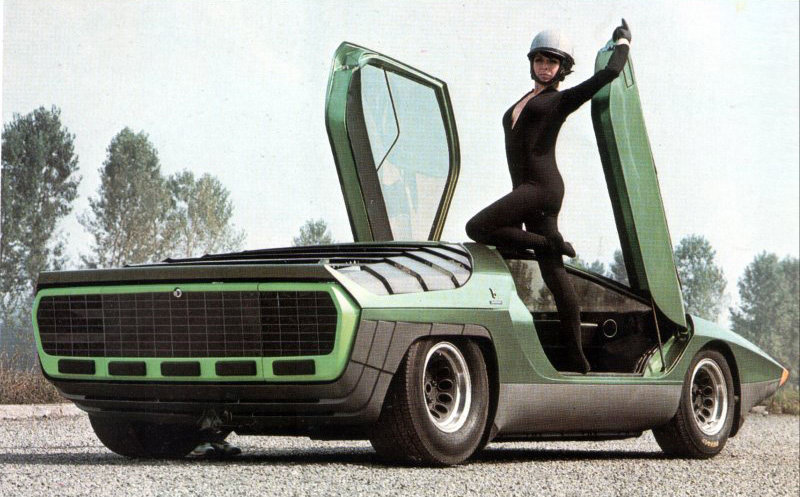 Gorgeous as the 33 Stradale is, Alfa has already revisited it with the 2007’s Maserati-based 8C. So how about reminding us of what came next? Marcello Gandini’s Carabo was actually based on a 33 chassis, but looked a decade newer with its razor-sharp snout and scissor doors, two features that Gandini would revisit with the 1971 Lamborghini Countach LP500 prototype a couple of years later, and continue to influence supercar design in 2022. 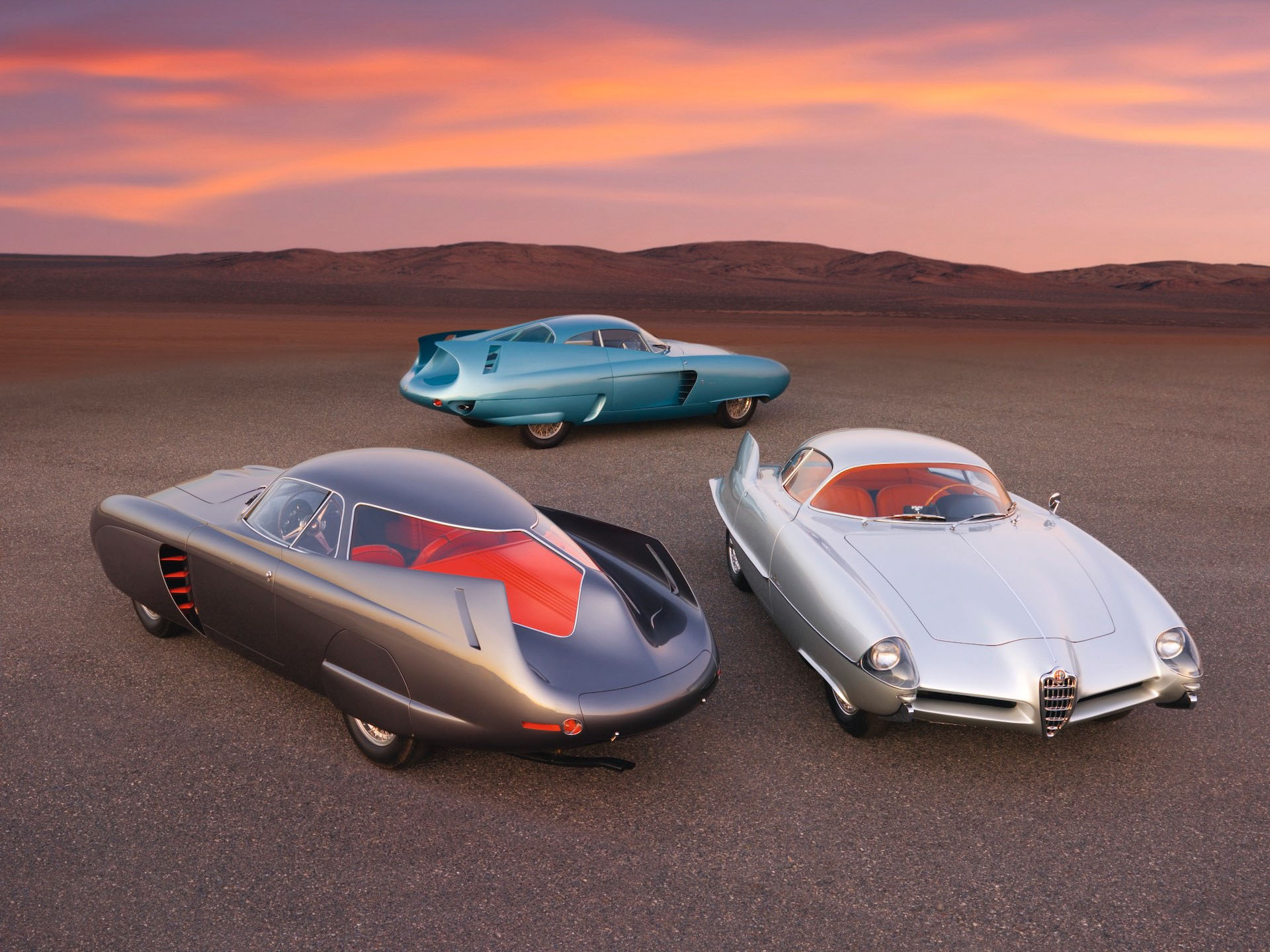 Alfa paid tribute to the three BAT (Berlina Aerodinamica Tecnica) concept cars from the 1950s with a fourth concept in 2008, but that’s no reason not to resist it again, particularly since modern surround-view camera technology is now able to mitigate the kind of at-the-wheel visibility that would make a tank feel like an Aston Speedster. 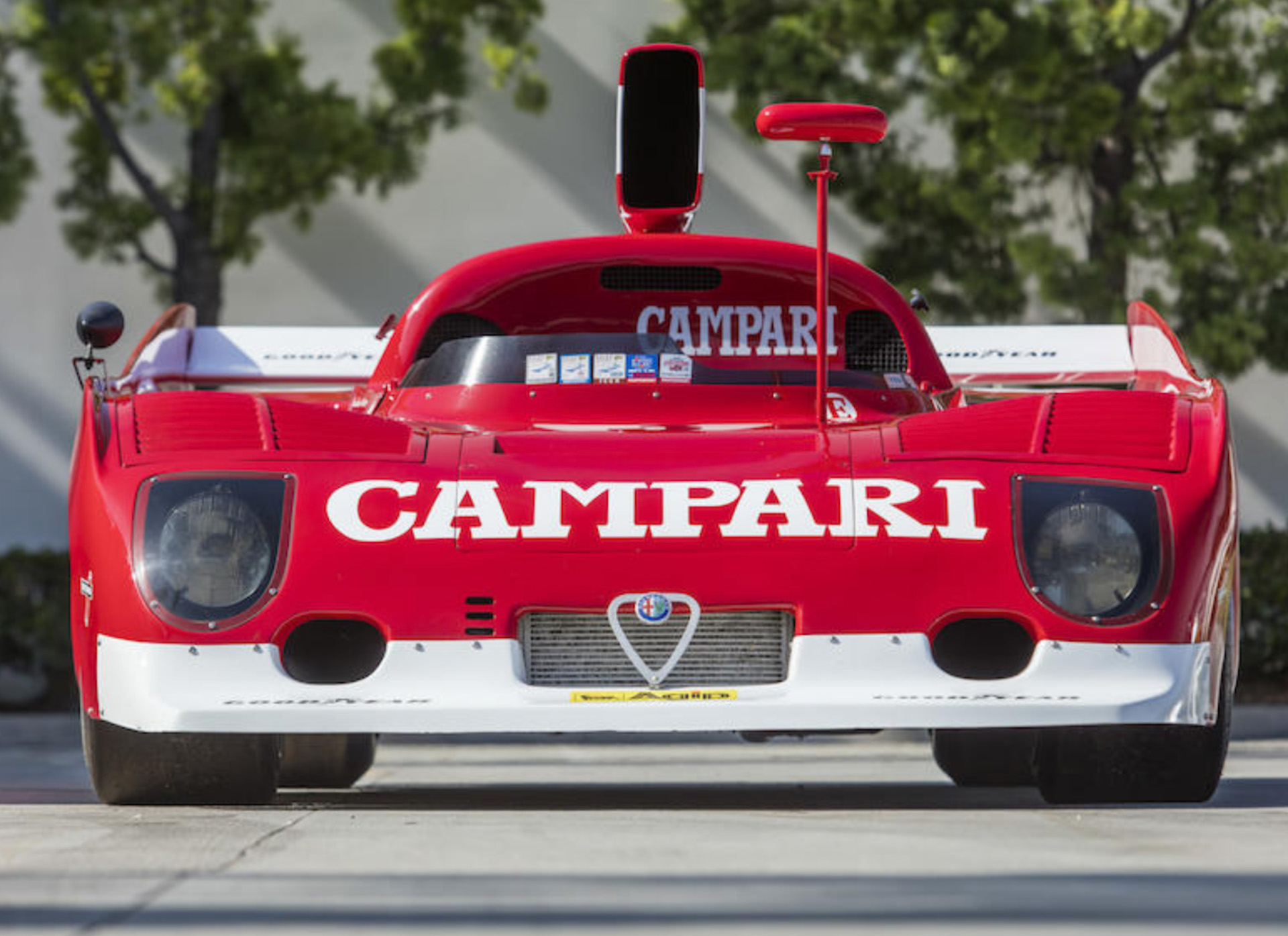 Why limit inspiration to road cars and concepts when Alfa has such a rich motorsport history? Just imagine a supercar that takes its lead from the flat-12-powered 33 TT 12 that brought World Sportscar Championship glory to the Italian marque in 1975. And yeah, the roof snorkel and pole-mounted rear-view mirror is non-negotiable. 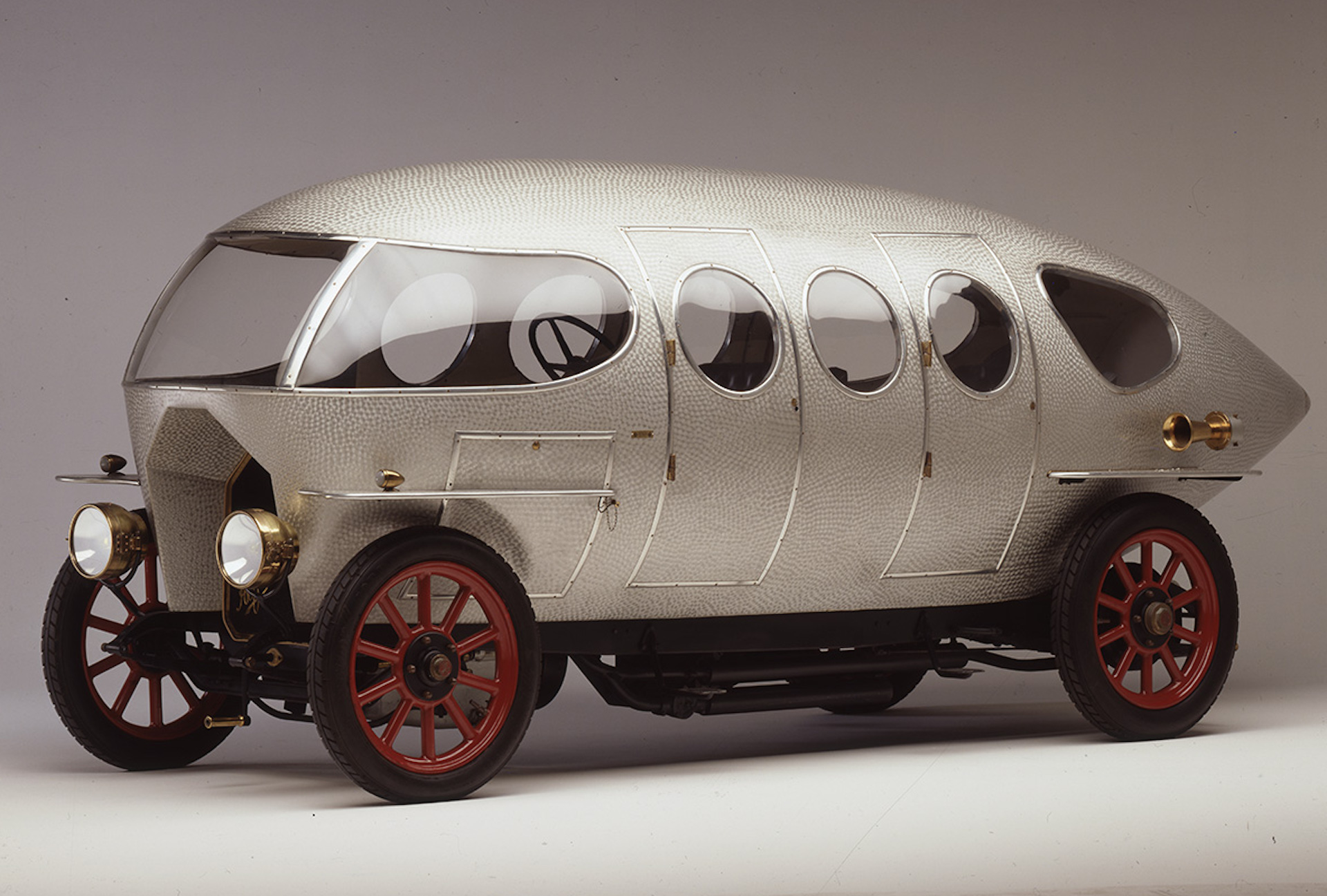 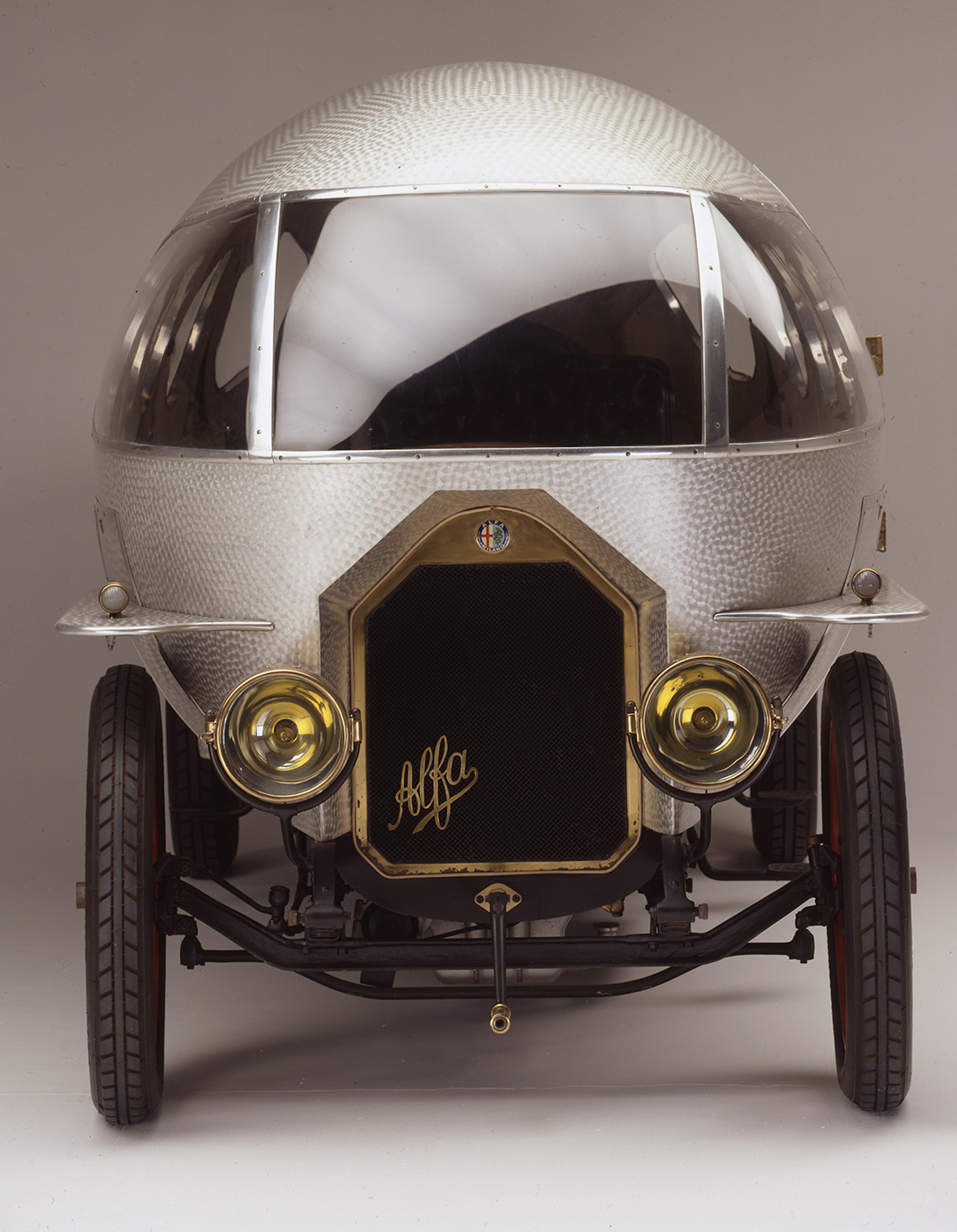 Related: Alfa Romeo Giulia ErreErre Fuoriserie Is A Quadrifoglio With A Retro-Style Bodykit

We’re not exactly sure where you’d start when trying to build a modern Alfa Romeo supercar inspired by something that looks like it’s jumped out of Jules Verne novel, but the result would certainly turn more heads than any other supercar on the planet, and we love the engine-turned aluminum finish.

The strakes partially covering the rear wheels on this Touring-bodied Alfa Romeo 8C 2900B could look pretty spectacular on a modern supercar if done right, and if Alfa wants to jump on the jumbo grille trend along with BMW, there’s plenty of inspiration to be had right here. 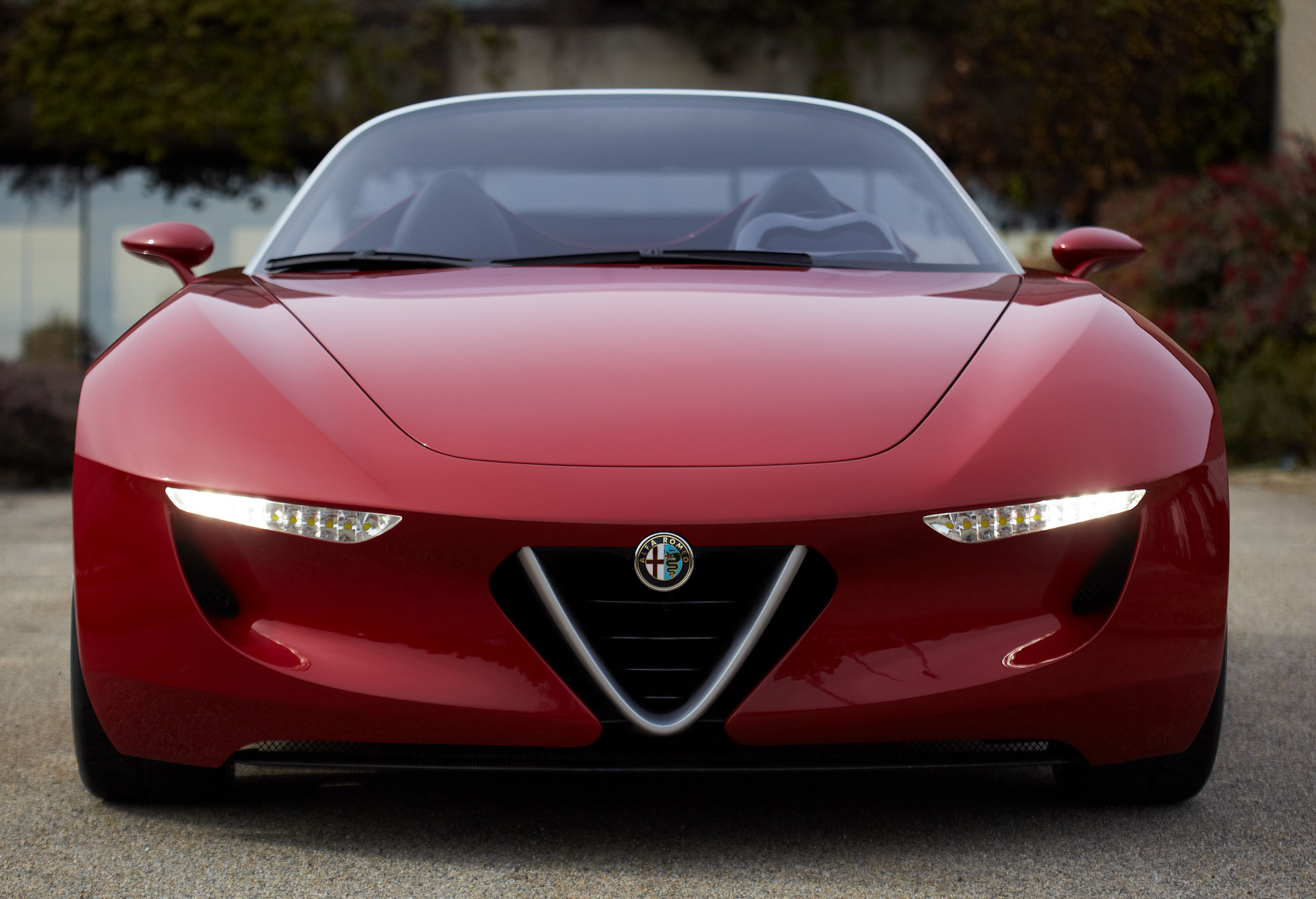 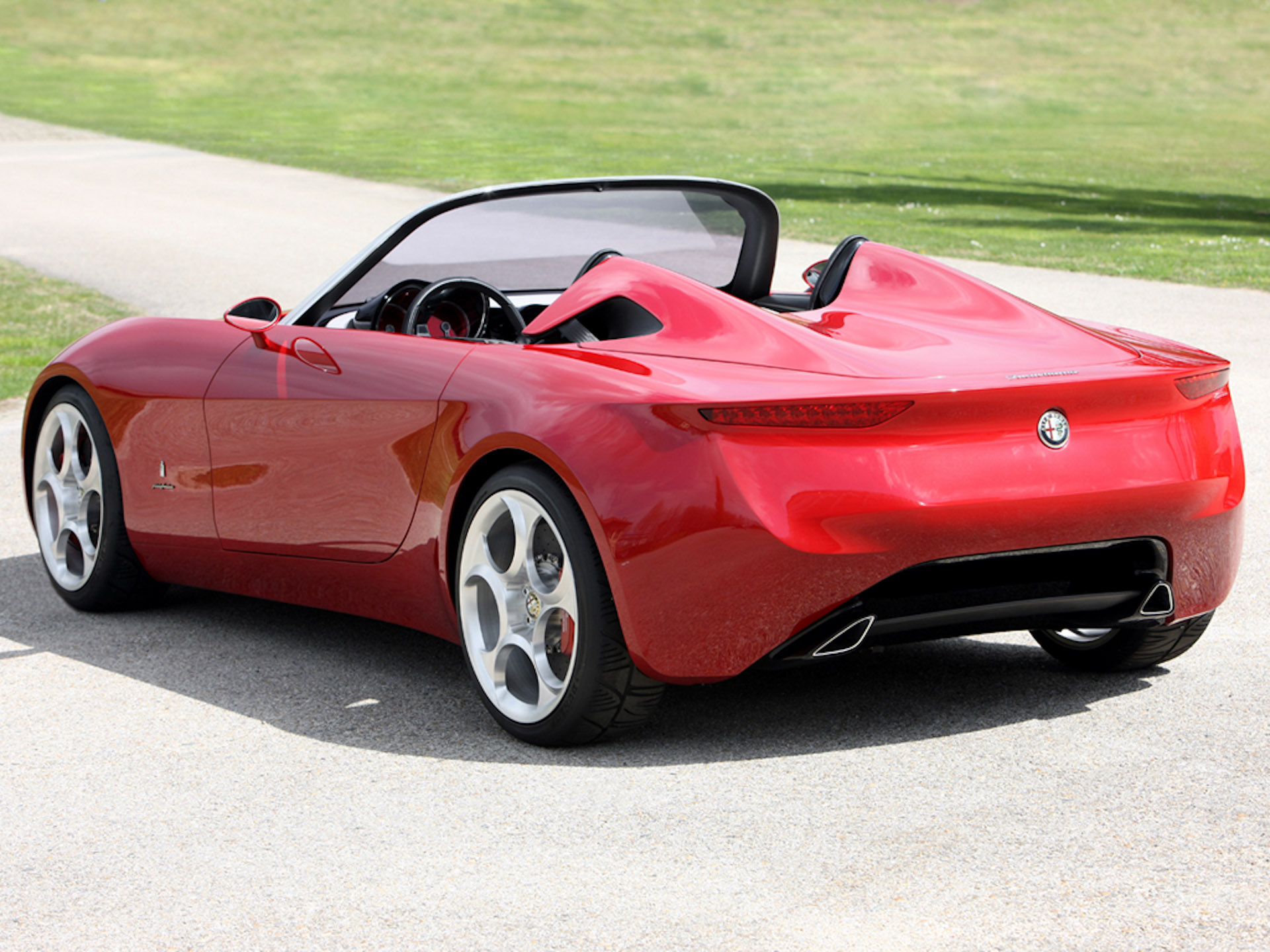 But perhaps Alfa wants to keep things a little more recent. In which case it could do worse than ripping some cues from the stunning Pininfarina 2uettottanta concept, the re-born Alfa Spider that never was. Modern lightning technology is ready and waiting to take that face and ass to the street.

Leave a comment and let us know which classic Alfa styling cues you’d like to see resurrected for the 2023 sports car project, or why you think the brand should make a clean break from the past.