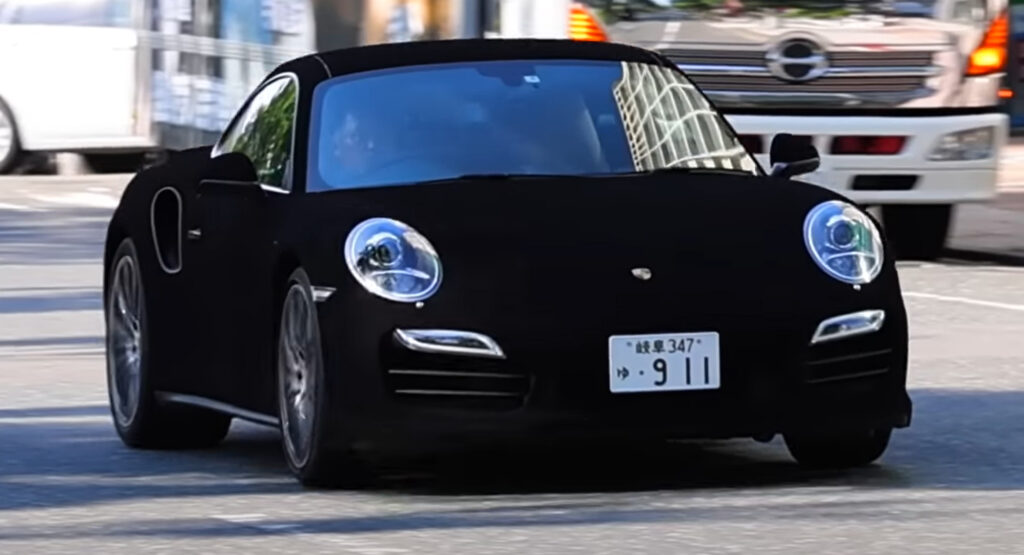 People are always coming up with new creative ways to customize their cars, and in the case of this 991 Porsche 911 Turbo, the folks over at Pit One Customs in Japan painted it with a special black with the goal of making it the world’s darkest Porsche.

Hearing that, you might think this car is painted with Vantablack, the world’s blackest black that we saw on a BMW X6 a few years ago. However, it’s actually been finished in a color called Musou Black by Koyo Orient Japan. Musou Black is a water-based acrylic paint and is said to reflect only 0.6 percent of all visible light, which isn’t quite as dark as Vantablack, which is technically a coating and reflects just 0.035 percent of visible light. Between the two, Musou Black is also much more readily available to consumers.

While we understand wanting to make a statement, putting this color on a car like a Porsche 911, where its shape is one of its most appealing features, is a bit questionable. However, if they really wanted to go all out, they could’ve gone with black wheels and tinted the lights and windows, although we’d imagine that would be incredibly dangerous to take out on public roads, so maybe it could be just for a show car.