Would You Take This Tuned Ferrari F8 Spider Over A Stock One?

Modifying a car like the Ferrari F8 Spider is always bound to trigger debate among enthusiasts.

Some would argue that messing with a car such as the F8 Spider is tantamount to automotive blasphemy. On the other hand, many people love to customize their cars to suit their tastes and if John Smith can add fake Type R badges and other parts to his Honda Civic, then why can’t the owner of a Ferrari make some custom touches to their car?

This particular F8 Spider has been brought to life by German company Senner Tuning and has been outfitted with a number of upgrades that make it stand out. 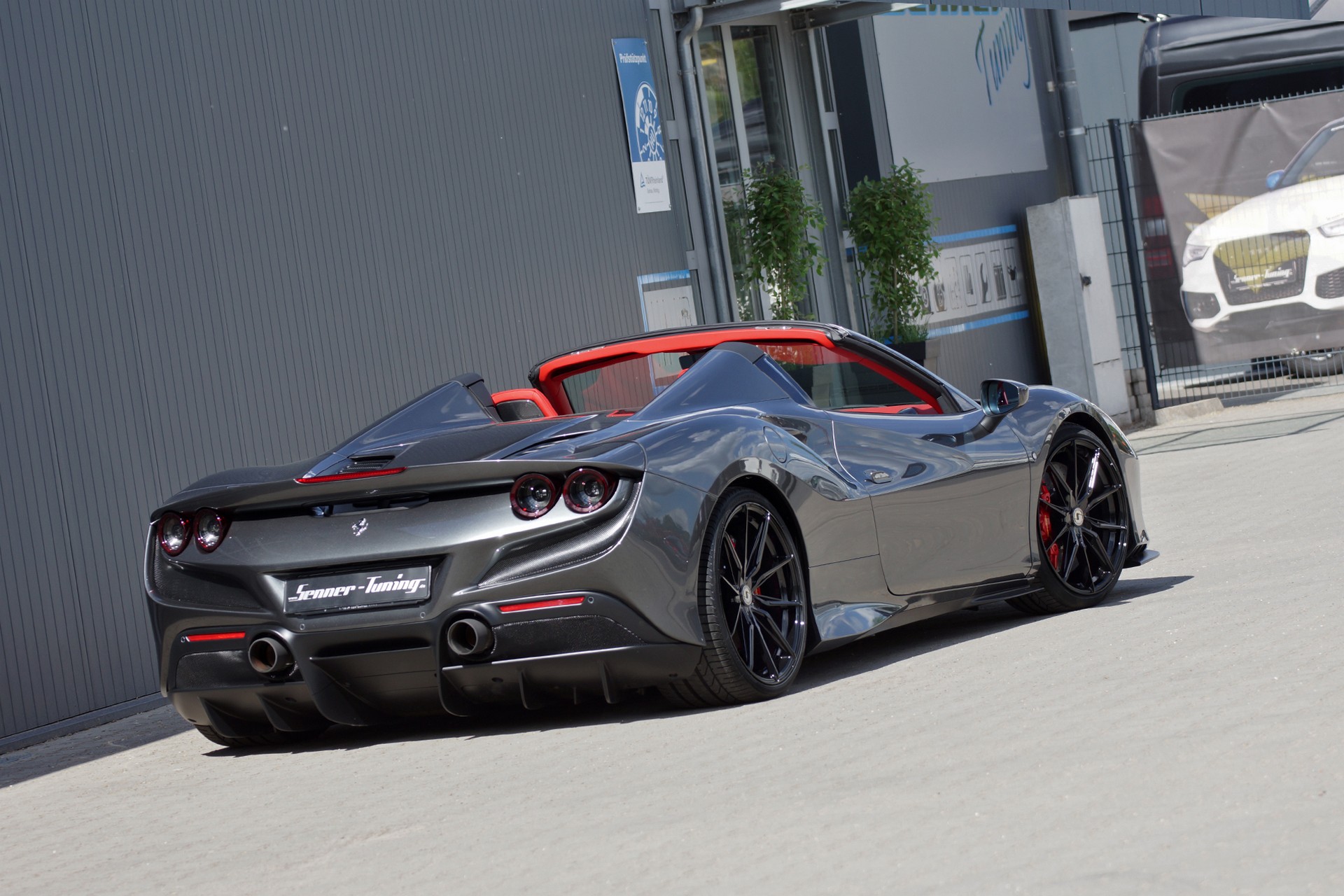 Starting off the changes are a set of new springs that work alongside the factory shock absorbers and help to lower the supercar’s ride height. A front-lift kit has also been installed. Senner then turned its attention to the twin-turbocharged 3.9-liter V8, outfitting it with the Novitec N-Tronic performance upgrade that increases power from 720 hp and 568 lb-ft (770 Nm) to 787 hp and 650 lb-ft (882 Nm) of torque.

The added horsepower and torque allow the Italian supercar to sprint to 100 km/h (62 mph) in just 2.7 seconds. A Novitec exhaust with adjustable valve control has also been installed.

Elsewhere, a set of Schmidt TwentyOne alloy wheels with a Gloss Black finish have been fitted. These wheels measure 20×9.5 at the front and 21×11 at the rear and are shod in Pirelli P Zero tires measuring 245/35 and 305/25 respectively.

As far as modifying Ferrari models go, we think Senner Tuning has done an excellent job with this F8 Spider. The lowered ride height adds to the street presence of the mid-engined supercar and the aftermarket wheels look subtle enough to be mistaken for a set of OEM wheels.