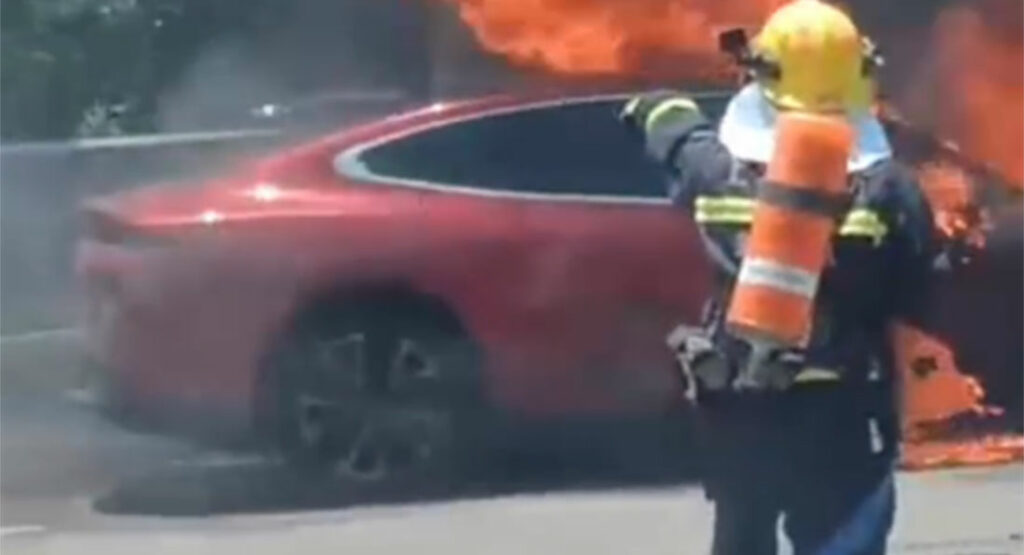 An Xpeng P7 has been destroyed by fire in China after reportedly striking an object on a highway, puncturing its battery pack.

Local media states that the electric sedan was traveling along Wechuan Highway in Shanghai’s Baoshan District when it hit an unknown object on the road. Evidently, it was a very solid object as it was enough to damage the battery and trigger a fire.

The owner of the P7 began to notice smoke shortly after the impact and quickly pulled over to the side of the road. The Xpeng then caught fire and while fire crews quickly responded to the scene, the front half of the EV had been completely destroyed by the time they extinguished the flames. 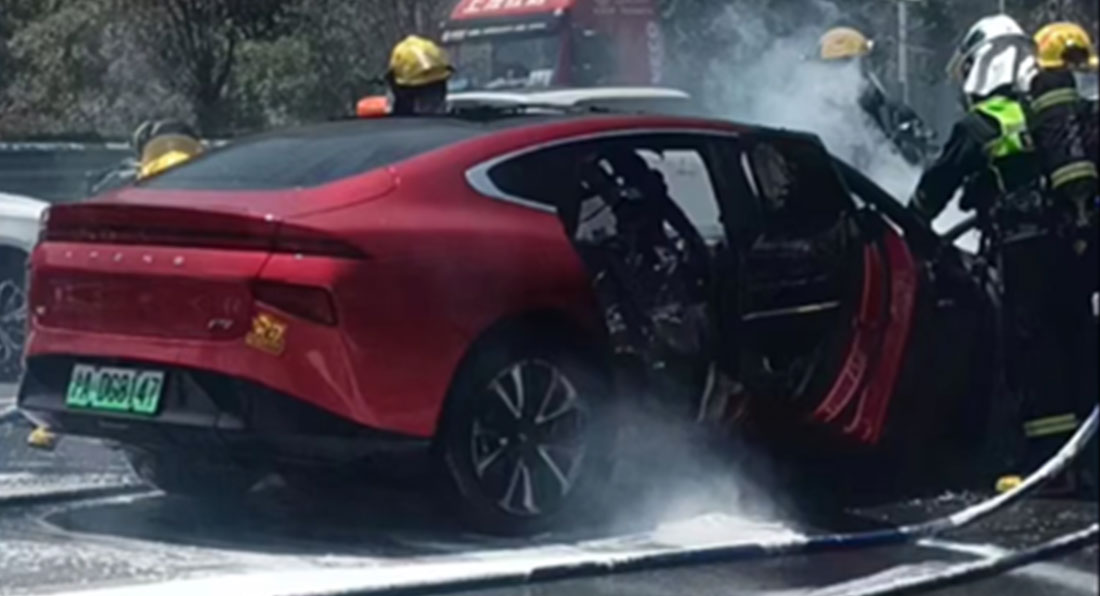 A handful of photos of the car have been shared on social media. They indicate that the fire started near the front axle before spreading to the front half of the car. When the blaze was put out, just the rear section of the EV was left without any visible damage.

Eager to get to the bottom of the incident, Xpeng has reportedly sent a team of specialists to analyze the P7 and take a closer look at the damage caused by the object on the road and the subsequent fire. Initial reports suggest that the EV may have hit a part that had fallen off a truck.

While car manufacturers do equip floor-mounted battery packs with protective shielding, doing so isn’t a fool-proof method and objects can still pierce battery packs, just as they can fuel tanks on combustion-powered cars.